It's time to get out your camera and treats, convince your adorable dog that life   ▸

BARCs along with so many other rescues have had their worlds rocked with the new announcement by the Canadian Food Inspection Agency (CFIA) that dogs from countries deemed to be high risk for rabies will no longer be permitted entry into the country from September 28, 2022

As many of you know BARCs proudly works to save dogs from all around the world such as Thailand, Egypt, Armenia, India, Jordan, Bahrain, and Kuwait to just name a few. All of these countries will no longer be able to rescue and work with us to find Canadian homes for the dogs

While we fully support and appreciate the importance of implementing stringent disease control measures, we believe that the CFIA's measures are unduly harsh. Such a blanket ban unjustly penalizes reputable rescue organizations like those we have partnered with who have an unblemished track record of importing healthy dogs to various countries worldwide.

For example, all dogs imported by Soi Dog Foundation into Canada come from the southern island of Phuket, Thailand’s first province to be recognized as rabies-free. They are disease-free, parasite-free, and present absolutely no health risk whatsoever to humans or other animals. Yet through no fault of their own, these dogs are now being denied the chance to find the loving homes they deserve.

So what can you do to help? The United States implemented a similar ban, less than a year after it was implemented, the Centers for Disease Control and Prevention (CDC) import ban has been revised, with new and sensible measures now in place to allow the safe import of healthy rescue dogs again.

Please help us to help all the dogs around the world! Our voice needs to be heard. 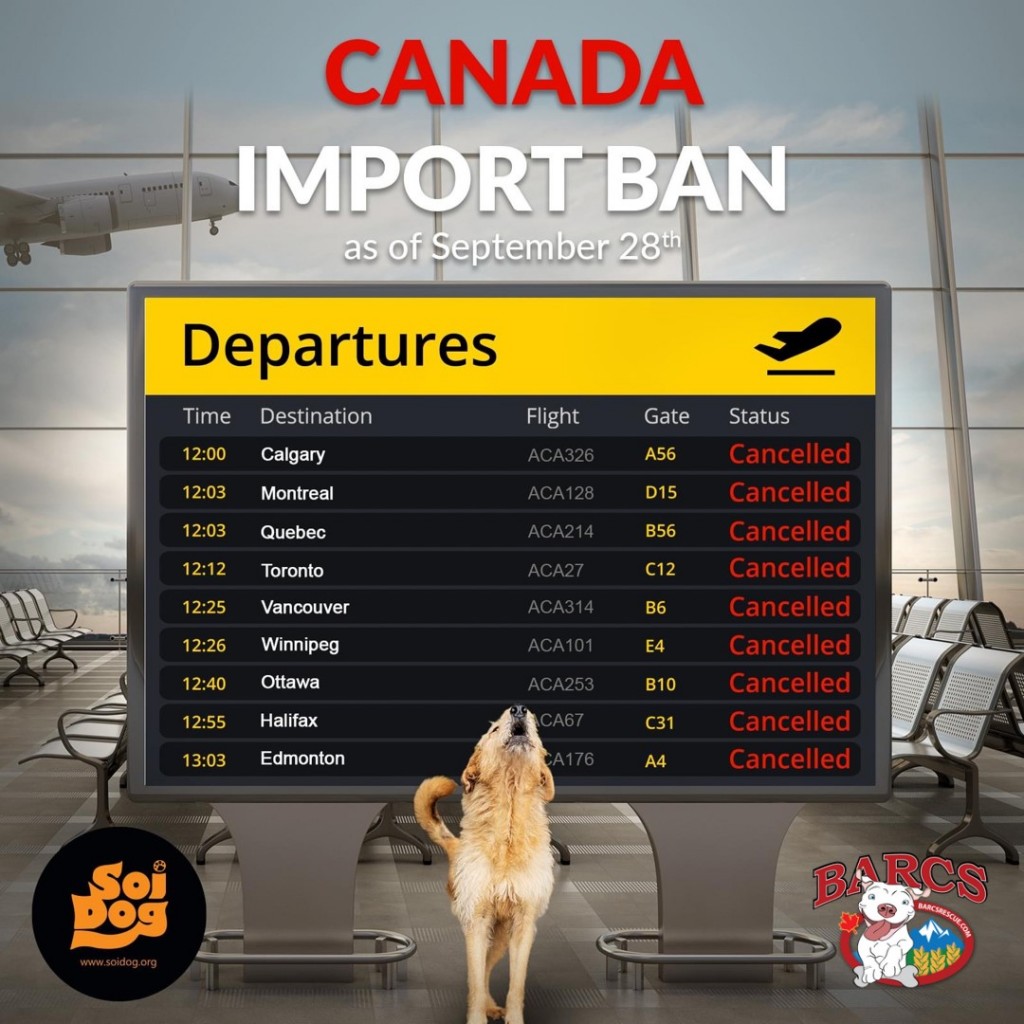